“Better than Among Us” - Pilot Tester

Welcome to your new favorite game.

A mobile app focused on the widespread phenomena of fake news. 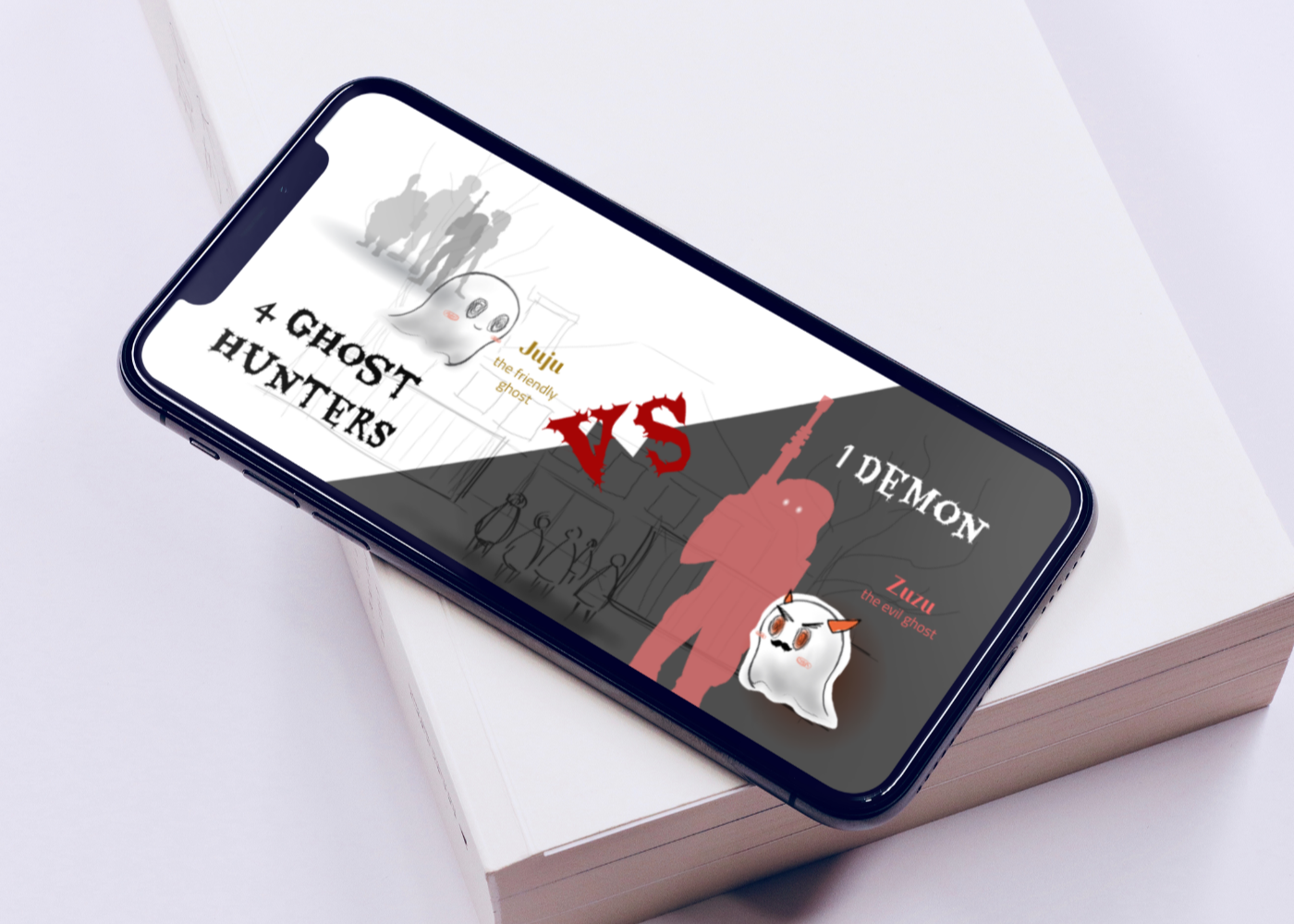 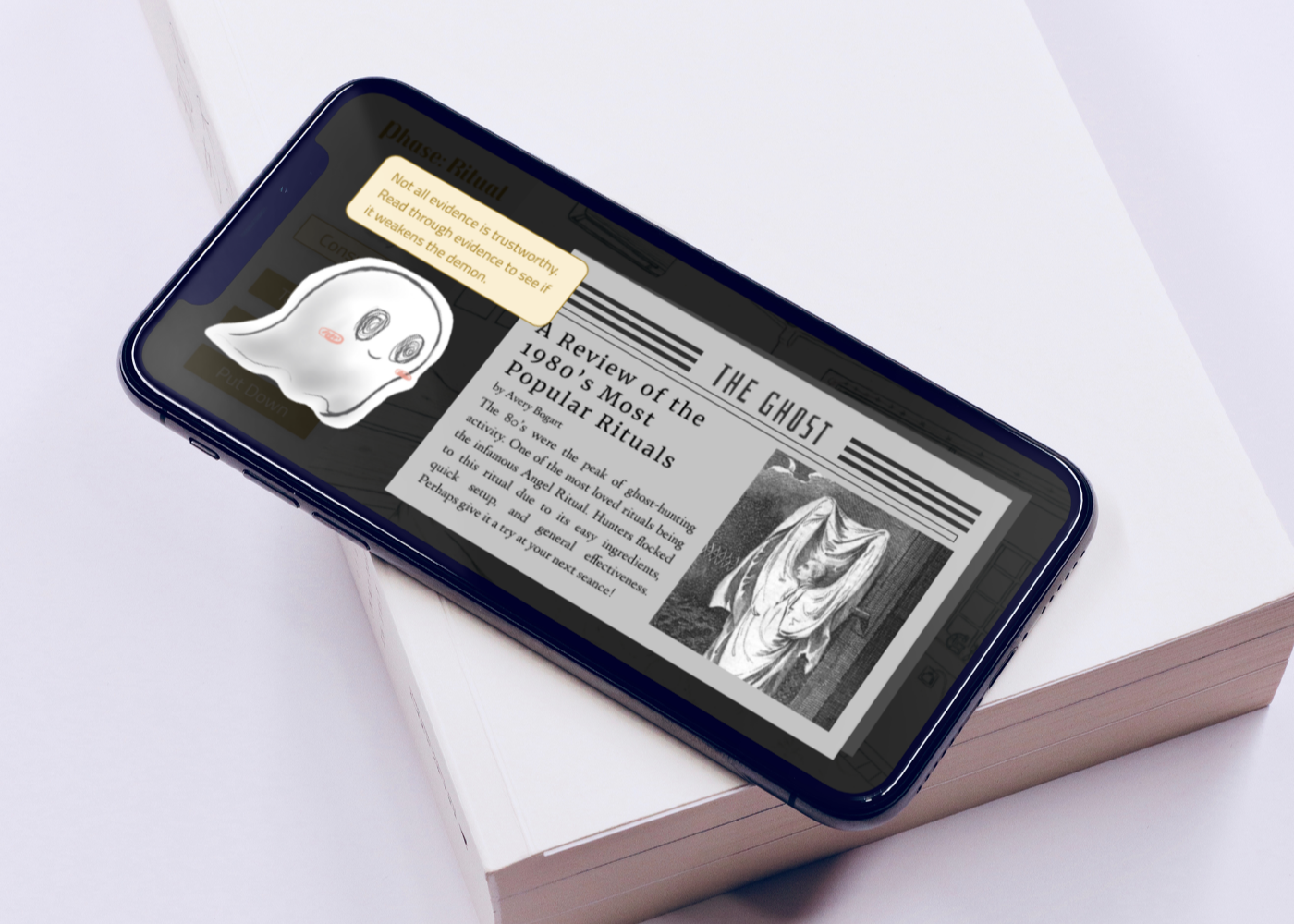 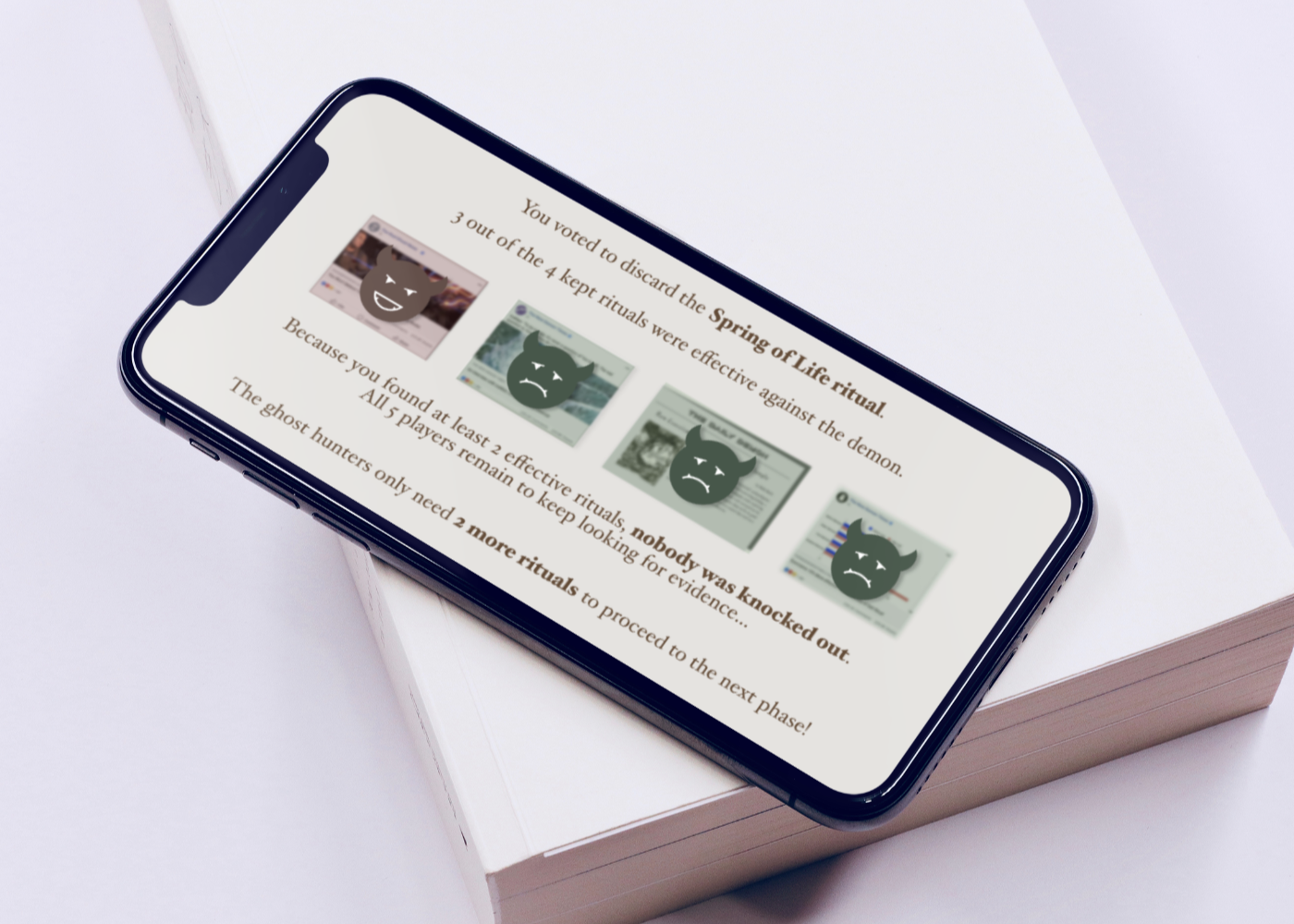 On the research side, I conducted literature reviews, expert interviews, and usability tests.

For the design, I contributed to the storyline, game mechanics, and interactivity.

Help people identify the level of fakeness in the news they digest.

This project was created for a Persuasive Design class at Carnegie Mellon University. The team worked for 3 months to bring this game to life.

People have mere seconds to process news as they appear on their news feeds.

They often don’t have the time or skills to think critically about what they’re interacting with.

It’s one thing to believe fake news is bad and want to stop it,

but it’s another thing entirely, to learn how to spot fake news.

That's why we made Ghost Hunters.

Why is fake news spreading?

Through rounds of literature review, we uncovered ‘feedback loops’ as a main culprit of fake news propagation.

People are much more likely to blindly trust information that affirms beliefs of their in-groups.

Why is fake news dangerous?

Every expert we interviewed expressed concerns with inherent spirals of disinformation which result in further and further deviation from the truth.

As one expert put it, in order to target the heart of the problem, we would have to convince people they aren’t equipped to discern the truth and incentivize them to learn how to spot it.

How can we stop fake news?

Convincing people to rethink how they view content would be impossible.

Thus, we focused on a younger, liberal-leaning target user who already had a desire not to share fake news.

We tested users with several articles: some credible, some questionable. The users, who often shared articles on Facebook, rated the credibility of each article equal and sometimes rated the fake news pieces as more credible.

Increasing awareness became the focus of our intervention moving forward.

So, we pitched three ideas. 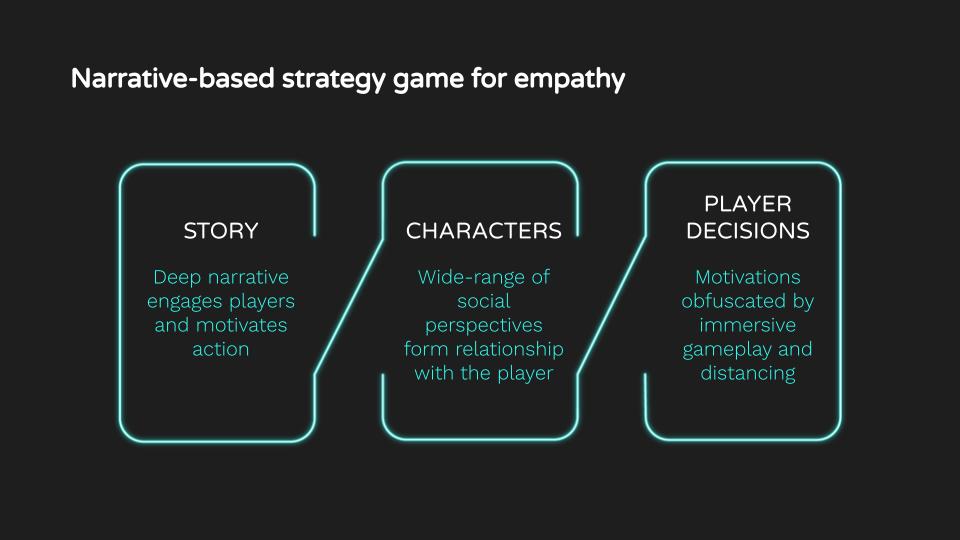 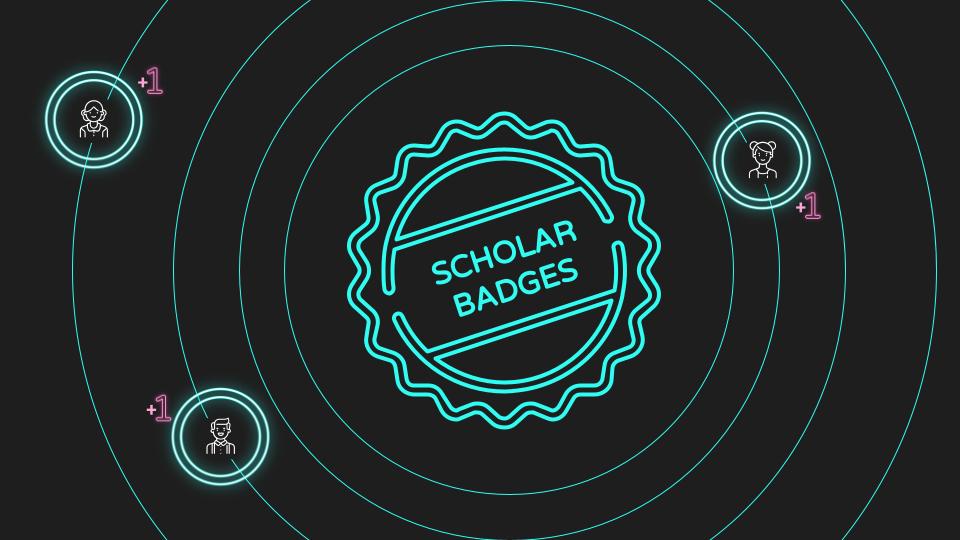 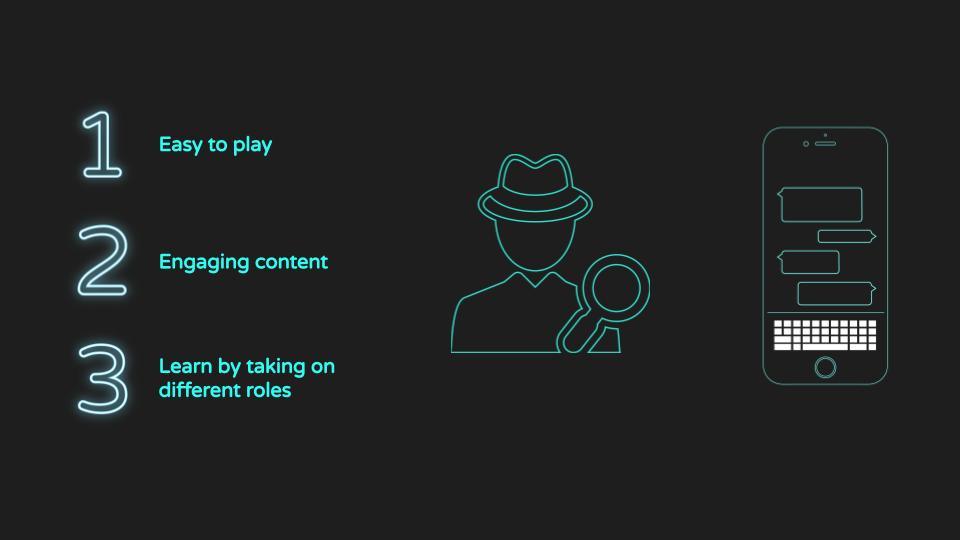 1. A narrative-heavy game to promote empathy and perspective-taking

The feedback we received boiled down to 'Just don't do it'. This idea just didn't excite anyone.

This idea was interesting but it would be challenging to design a series of objective measures while preventing gamification that would allow it to be subverted for unintended purposes.

This game would train players to think critically and could be a multiplayer game with great replay value. People liked this idea.

So, you want to build a detective game.

You'll need to start with the basics: low-fidelity prototypes. 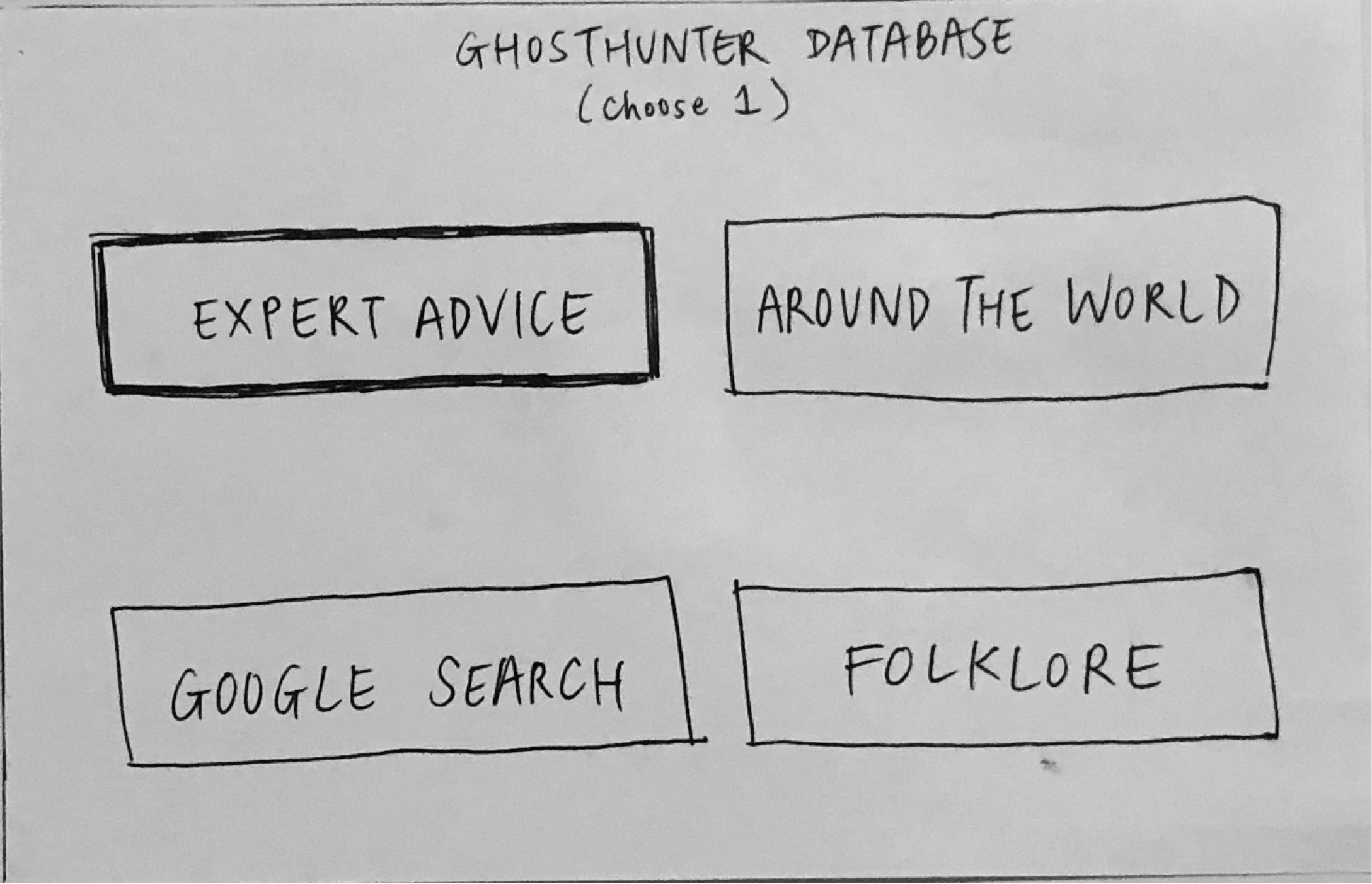 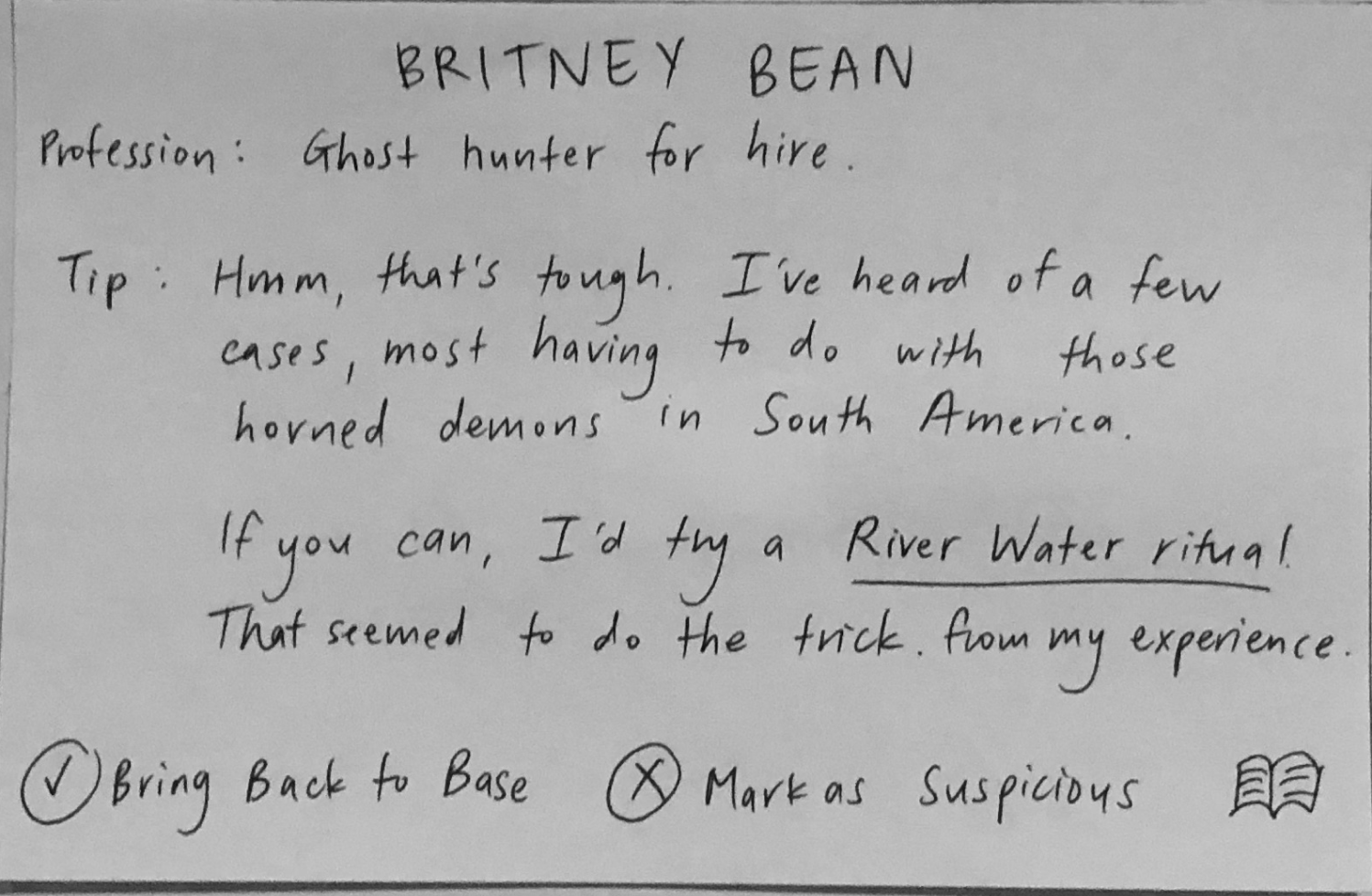 These are some of my early paper prototypes.

One of our first prototypes was pretty straightforward. You picked a database source and gathered one piece of information.

While simple to understand, this gameplay was deemed pretty boring and too obvious.

Then, you polish the visuals up a little bit.

Here, we added a guidebook to store information that the player collected.

While people liked and referenced the guide, it was a little bit too 'OP' and made it too easy for ghost hunters to win.

For Ghost Hunters, this meant adding an item-finding aspect and the ability to play as a hunter or as the demon.

How did we know this was going to work?

Within embedded design, obfuscation and distancing are techniques that have been tested with many persuasive games attempting to change people’s behavior, often resulting in successful interventions.

How did people respond?

Overall, players really enjoyed our game concept and the play mechanics. Almost all participants loved the deeper narrative and intention of the game while still finding it fun to play. Particularly in terms of the social aspect, players wanted more time and more rounds to play through. 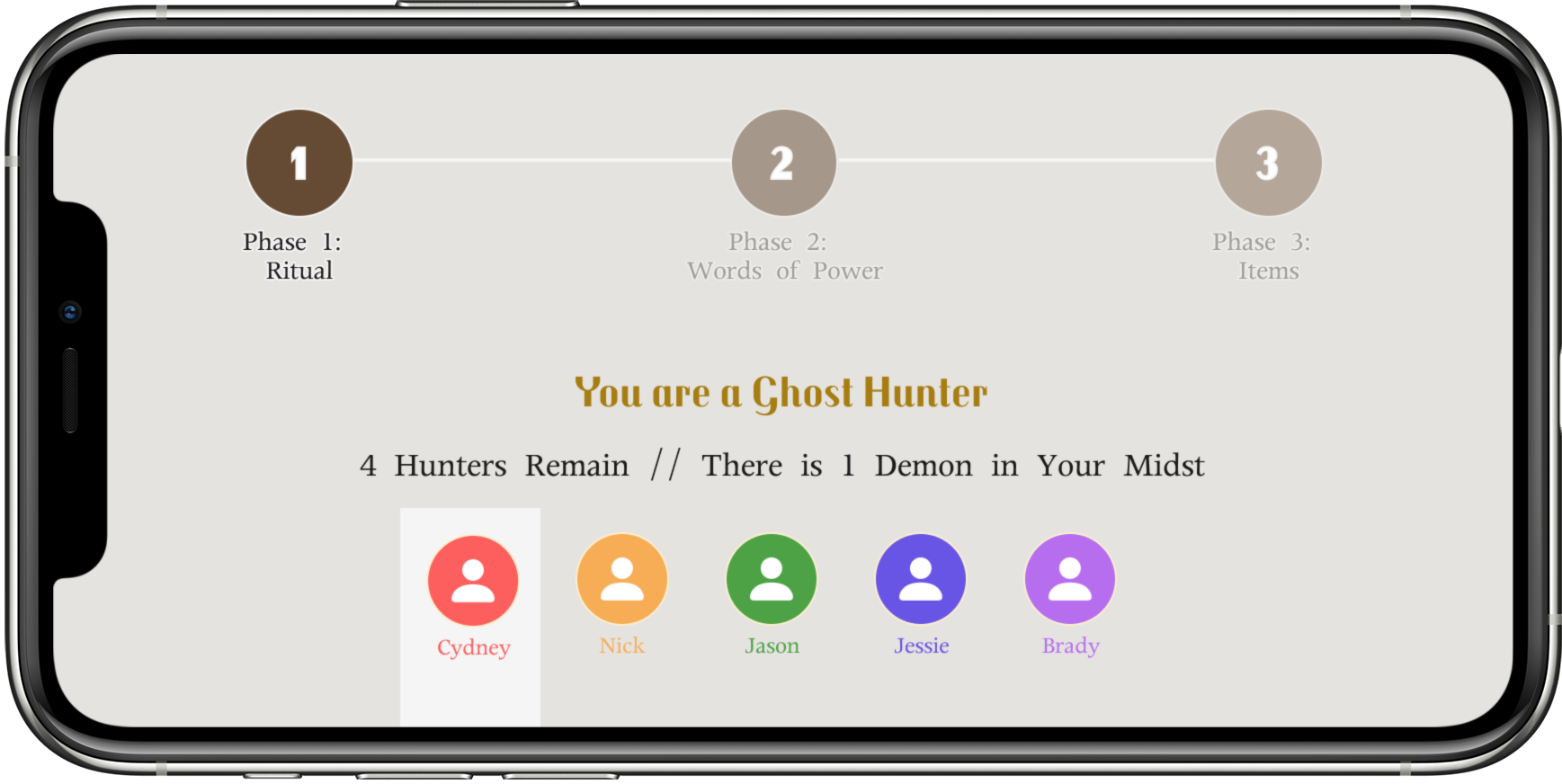 Why does this even matter?

Well for one, we designed this app during the middle of the 2020 election cycle.

Specifically, our design would benefit the large population of younger social media users who feel compelled to get involved politically by sharing news, resources, commenting on current events and overall engaging in the online political sphere. 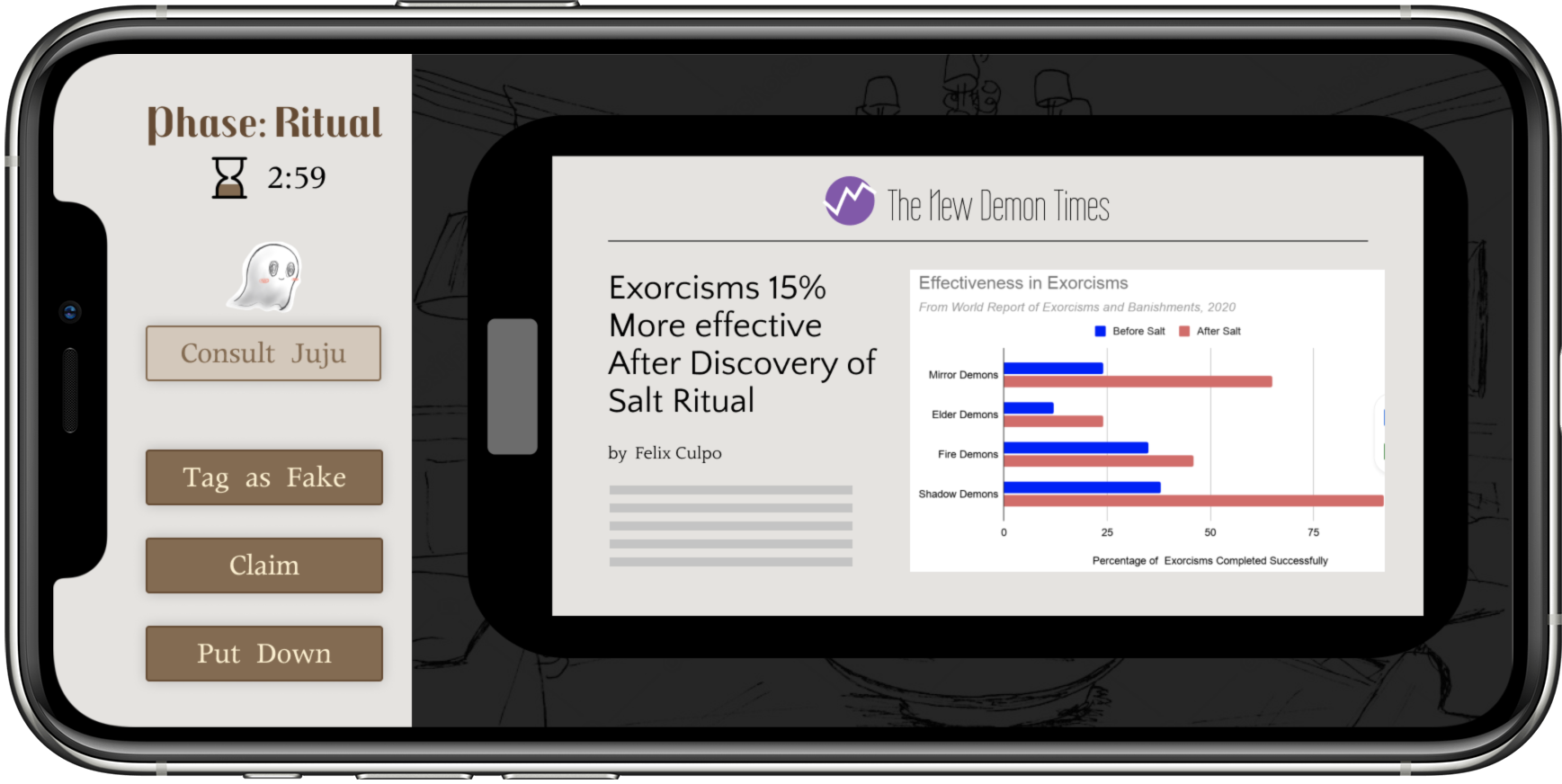